Surrounded by mountains, waterfalls, and jungle, Chiang Mai is an adventure lover’s paradise. Popular with digital nomads and backpackers alike, Chiang Mai has a ton to offer!

Head into the hills and go rafting, mountain biking or zip lining. Hike through the jungle and spend time with hill-tribe villages, or visit an elephant sanctuary in the nearby mountains.

In the historic walled Old Town, there are dozens of sparkling golden temples which you can explore to learn about the importance of Buddhism in Thai culture. Visit bustling night markets and snack on delicious street food, or head underground and see a Muay Thai boxing match.

Arriving to the Chiang Mai International Airport is a breeze. It’s a fairly small airport that had a very limited number of taxis and airport shuttles available outside upon arrival.

The first vehicle that pulled around the corner was a tuk tuk. The late afternoon sun was beating hard, but we opted for the 200 THB (Thai Baht) tuk tuk to take us the 10-minute journey to our Airbnb.

What better way to be welcomed to Thailand than a ride in a tuk tuk?

Getting Around in Chiang Mai

There are a few ways to get around Chiang Mai and the surrounding area. The easiest way is to rent a scooter, but it’s not necessarily the cheapest option. Rental companies in the city can charge you up to $10 USD/day, which adds up if you’re in the city for almost a week.

A fun and cheap way to get from place to place is by tuk tuk. If you’ve never heard of or seen a tuk tuk, it’s essentially a small wagon with a bench and a roof attached to a scooter or motorbike. It’s open in the back and along the sides, and is a very funky and unique form of transportation that you must experience at least once.

The cheapest way to get around Chiang Mai is by the red truck . You’ll see these red trucks all over the city. They’ll either stop to let other people hop off, or you can flag them down. It’s essentially a hop-on hop-off bus, but they’ll only stop if you tell them to.

It’s 30 THB/person for a ride ($1 USD), and it can take you to a number of tourist destinations within about 10 miles of the center.

You have to let the driver know where you’re going in a very quick fashion as your hop on, and then alert him when you’re nearing your destination.

The EASIEST (and cheapest) way, in my opinion, is to use Grab. However, you must have access to WiFi or a local SIM in order to use the app, it is a very quick and efficient way to get from point A to point B.

There are not always drivers available, and sometimes the price is increased depending on what time of day/week it is.

Grab is Asia’s version of Uber, in case you’ve never heard of it. It’s very convenient in the sense that you have a set price that is non-negotiable on either end, and you can even have your credit card on file so that you don’t have to handle any cash at the time of payment.

The city of Chiang Mai is pretty concentrated to the center. The main tourist area is the Old Town, which Is a square in the middle of the city that is surrounded by large, ancient walls and a moat.

Inside the center are temples, streets full of shops, markets, street food carts, hotels, restaurants, cafes, etc. Many people choose to stay inside of the Old Town because you can see so much by tuk tuk or by foot and have everything in close proximity.

In the Old Town you’ll find every type of cuisine. The majority of the better restaurants in Chiang Mai are inside of the center of town. However, like any other “central” area of a city, the area can be loud at times – weekends, late at night, during festivals or holidays. There can be a lot of traffic if you’re on a busy street, so keep in mind that being central does come at a price.

I personally enjoyed staying just outside of Old Town. Particularly because we happened to be in Chiang Mai for the weekend of the Thai New Year. I had read about this event before coming, and that it was described as a “water festival.”

What I imagined was a parade along the river, or some cool water show with lanterns being set off in the night. This was a mistaken assumption. Keep reading to find out what the Thai New Year is REALLY all about!

When To Visit Thailand

If you come to Thailand in April, you will be in for a once in a lifetime experience. I can almost guarantee that no matter where you’re from in the world, no New Years is celebrated as heavily as it is in Thailand.

The New Year or “water festival”, called Songkran, is a 4-5 day event that takes over the entire city during the middle of April. It is the absolute hottest time of year to visit Thailand from April – June, so it’s the perfect time for the water festival to take place.

We went directly into the center of Old Town where the streets were FILLED with pickup trucks blasting music, people dancing in the beds of the trucks, parading down the streets that were flooded with water, and dumping buckets of ice water on any and all passerby’s.

There were 3 major stages of all-day music lined up, with speakers to be heard from miles away. Anywhere you walked down the street, you would get soaked by a bucket, hose, or more popularly, a giant squirt gun.

I decided to purchase a squirt gun and a waterproof phone case on my first night in the city, and it was the smartest decision I could have made.

By the end of the afternoon spent in the heart of the Songkran, we were soaked – dripping from head to toe, sloshing in my sandals through the flooded streets back to the Airbnb.

From there on out it was expected that any time you stepped outside for the following three days, you’d get soaked – from early morning to late night.

Knowing this, and despite how amazing the Songkran Festival was, I recommend to come to Thailand between the months of October – March. The weather will be much more pleasant to explore the city and surrounding areas.

Unique Things To Do

After many attempts at researching the “best” or “most ethical” sanctuaries in Chiang Mai, I stumbled across so many mixed reviews that I had a very difficult time making a decision. The majority of sanctuaries in Thailand claim themselves to be ethical whether they truly are or not.

Kanta Elephant Sanctuary is a place where it’s clear that the ultimate goal is not to exploit the elephants to make money off visiting tourists. The keepers explained their methods of ‘training” which doesn’t involve physical abuse or the use of a hook.

As visitors, a group of 10 of us spent the entire day feeding the elephants (4 different times) and watching them roam. We watched them play in the water, spraying each other and splashing around, and at the end of their muddy escapade we got to splash around with them and help clean them.

For anyone visiting Chiang Mai and wanting to see elephants in a legitimate environment, head to Kanta Sanctuary.

You can hike at this park on a longer tour or you can simply visit the temple at the top of the hill on your own. Ride your scooter or hop on the red truck for a 30 minute ride to visit the temple any day from 8 am – 9 pm. It’s better to go in the morning or later at night to avoid crowds and the heat!

Walk Around the Night Market

Like many bigger cities in Asia, Chiang Mai boasts a sprawling night market. Things always look different at night, so it’s a nice change to escape the heat and check out the city in the dark. You can try many Thai delicacies from the food carts, and shop for souvenirs while strolling the bustling streets.

Be sure to look out for the “chicken lady.” You can’t miss her once you find her cart at the north end of Old Town, she wears a cowboy hat and has a line down the street and she’ll be sure to cook you up a mean dish of Khao Kha Moo!

Thapae Boxing Stadium is located centrally in the heart of Old Town. You can buy tickets at the door or before the show, which happens twice a night 4-5 times per week. There is a large mix of locals and tourists watching the match, and you’ll see all walks of life. You’ll see many people gambling on the match and getting pretty heated over the fight. You can order drinks inside the stadium, and even have dinner if you get hungry.

Take a Ride to Pai

The small town of Pai situated along the river in northern Thailand is known for its nearby gorges, hot springs like the Tha Pai Hot Spring and waterfalls like Mo Paeng Waterfall.

Unfortunately I didn’t get to visit Pai on this trip, but it’s only about a three hour journey from Chiang Mai. You can take the bus or do an organized day trip, or if you’re the adventurous type, you can ride your motorbike along the windy roads and see incredible views of the rice fields and mountains along the way.

I’ve heard that this is the most fun part of the journey, but I’ve also heard that it can be very dangerous. People fall off on turns or have to bail to avoid trucks/cars all the time, and many people end up bruised, scraped, or a lot worse off.

Be sure to take caution and always wear a helmet if you drive a scooter.

Chiang Mai is famed for it’s many yoga studios and there are a ton of places you can get a sweat and a stretch.

Freedom Yoga: This was my favorite yoga place in town and has a great cafe.

Yoga Ananda: Just off Nimman, you will definitely sweat in these classes – intermediate is more like an advanced class.

Mahasiddha: South of the Old Town. Focuses on meditation and spirituality as well as Hatha yoga. 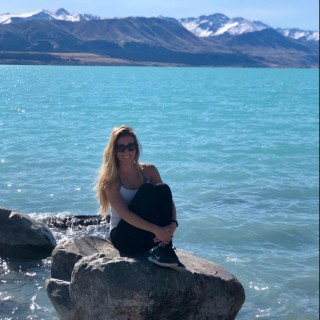